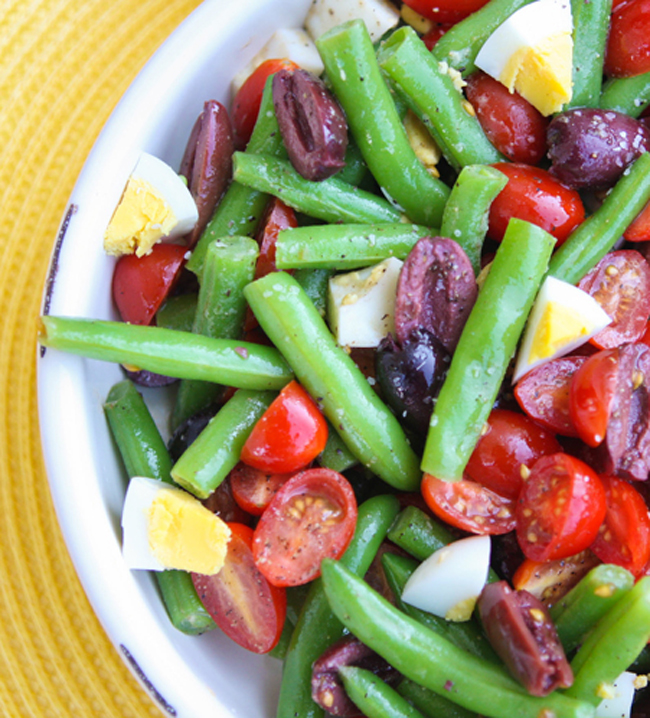 Whew! What a weekend. I shot my first wedding over the weekend, which turned out to be an incredible experience. The rest of the weekend involved sickness, sickness and more sickness. I had a parenting moment on Saturday (“moment” = 3-hour period) that I will never forget, for as long as I live. I won’t go into details because I will shortly be talking about food and I do not wish to turn anyone away from reading! So, yes, the weekend is done and I am somewhat thankful for that.

Abrupt change of subject here. Food! Salads! If you’ve been reading for a while, you know that I am quite fond of The Salad. I salivate over salads the way most people salivate over fried chicken. Or sweets. Or Chinese food. This green bean salad is such a simple concept, but the flavors are anything but simple. It is such a delicious combination of flavors that will keep you coming back to the fridge until the bowl is empty. 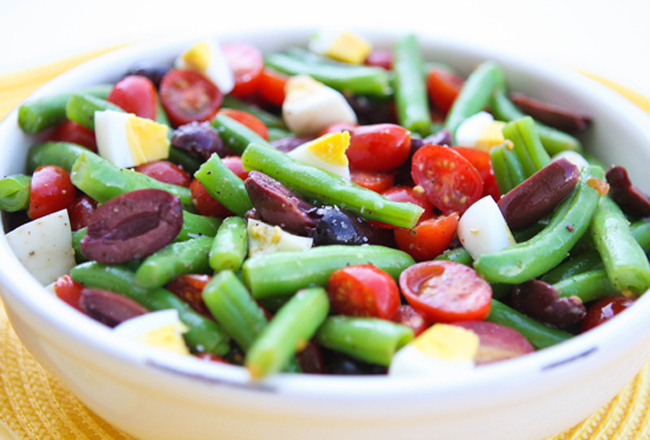 In a large saucepan of boiling salted water, cook 1 pound of trimmed green beans until crisp-tender, 3 minutes. Drain and rinse under cold water.

Halve the beans and place in a large bowl. Add: 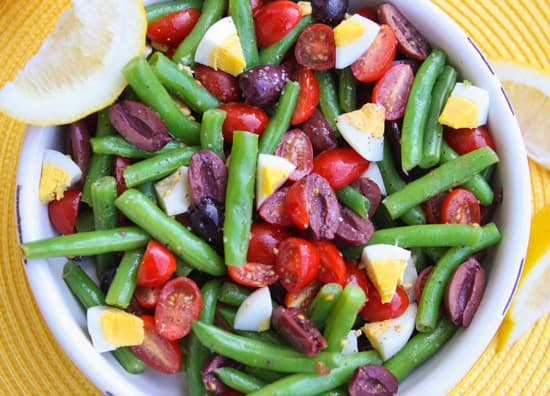